Located on the southeastern coast of Nova Scotia’s Cape Breton Island, the Fortress of Louisbourg was one of the busiest seaports in North America during the mid-18th century. It was built in 1713 to protect and provide a base for France’s lucrative North American fishing industry and also to protect Quebec City from British invasions. At it’s height, over 4,000 people called Louisbourg home. But it fell under siege twice to the British before being demolished in the 1760s. 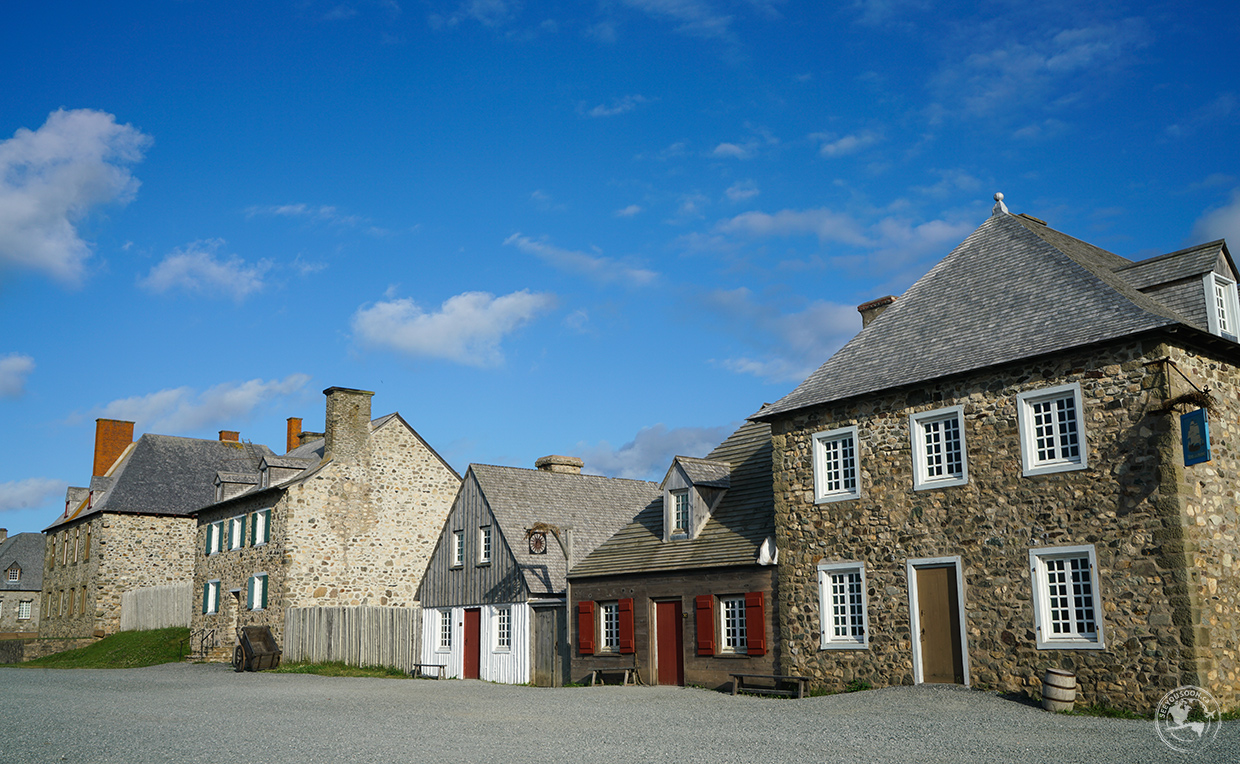 In 1961, the Government of Canada began reconstructing the fortress. Today, one quarter of the fortress has been reconstructed, using some of the original stonework, and includes about 40 buildings over an area of 5 hectares. It is the largest reconstructed historic site in North America. 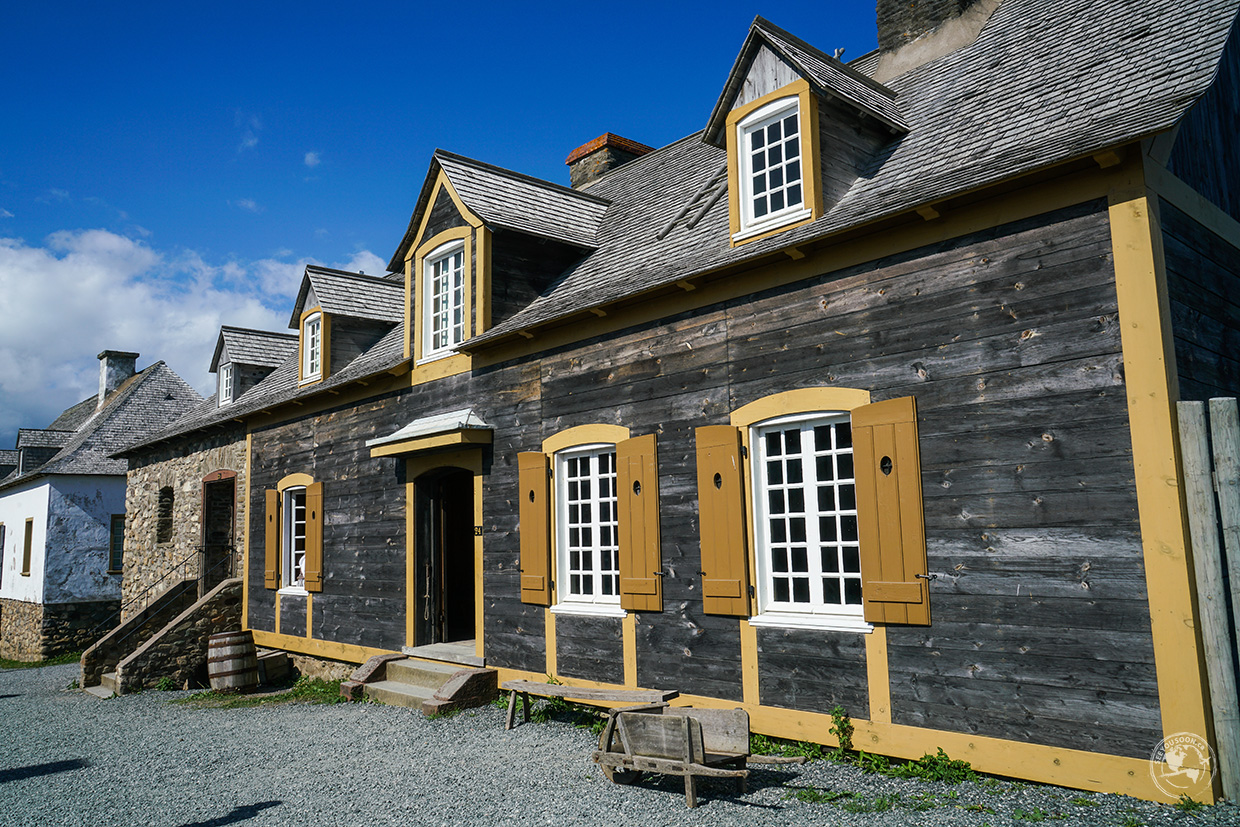 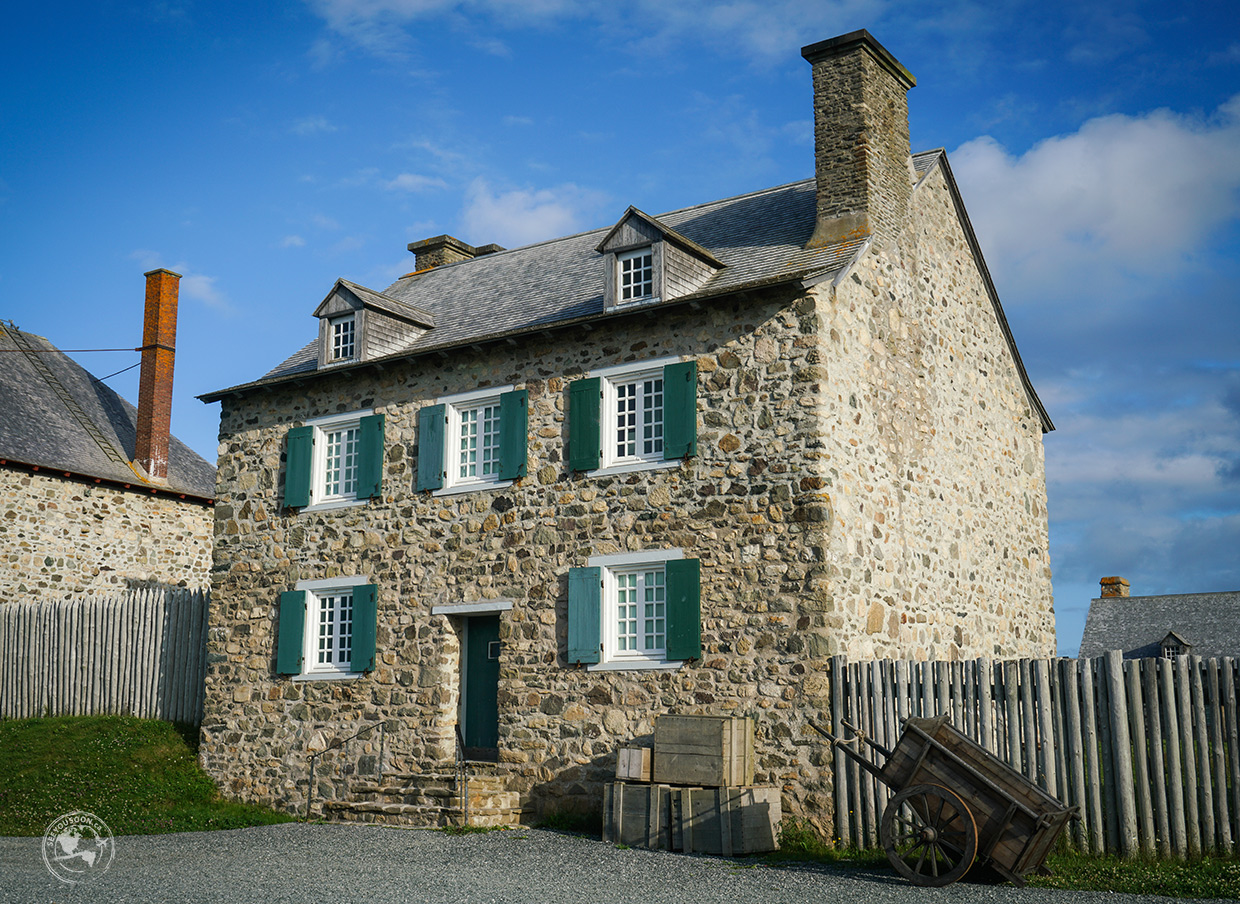 In addition to the village, there’s also a fort. Yes, there’s a fort within the fortress! Confused? Well there’s actually a difference between a fort and a fortress. A fortress is a defensive structure that surrounds a village, while a fort is a defensive structure unto itself. At the Fortress of Louisbourg you get the best of both worlds! The King’s Bastion area is the fort within the fortress and houses the soldier’s barracks, the governor’s apartments, and a military chapel.

Things To Do at the Fortress of Louisbourg

The Fortress of Louisbourg is a living museum. Visitors can get a sense of what life was like in the fortress by interacting with individuals living a typical day in the 18th century. Visitors can wander through the streets, step inside houses and shops, and even grab a meal at one of two restaurants. You can also learn about the history of rum and sample the Fortress Rum, aged in barrels on-site.

Daily activities include guided tours, dance performances, military drills and learning what life was like for a soldier. You can even sign up to be the ‘prisoner of the day’ and participate in a public punishment. Your time at the Fortress of Louisbourg can be as immersive as you want, so naturally, I dove right in!

Soldier For a Day

One of the hands-on programs the Fortress of Louisbourg offers is the chance to fire an exact replica of an 18th-century musket. I met up with the Compagnies Franches de la Marine and got trained on how to load, fire, and clean a musket. But I had to make sure I looked the part too! If firing a musket isn’t quite as explosive as you’d like, you can also opt to fire a cannon too. 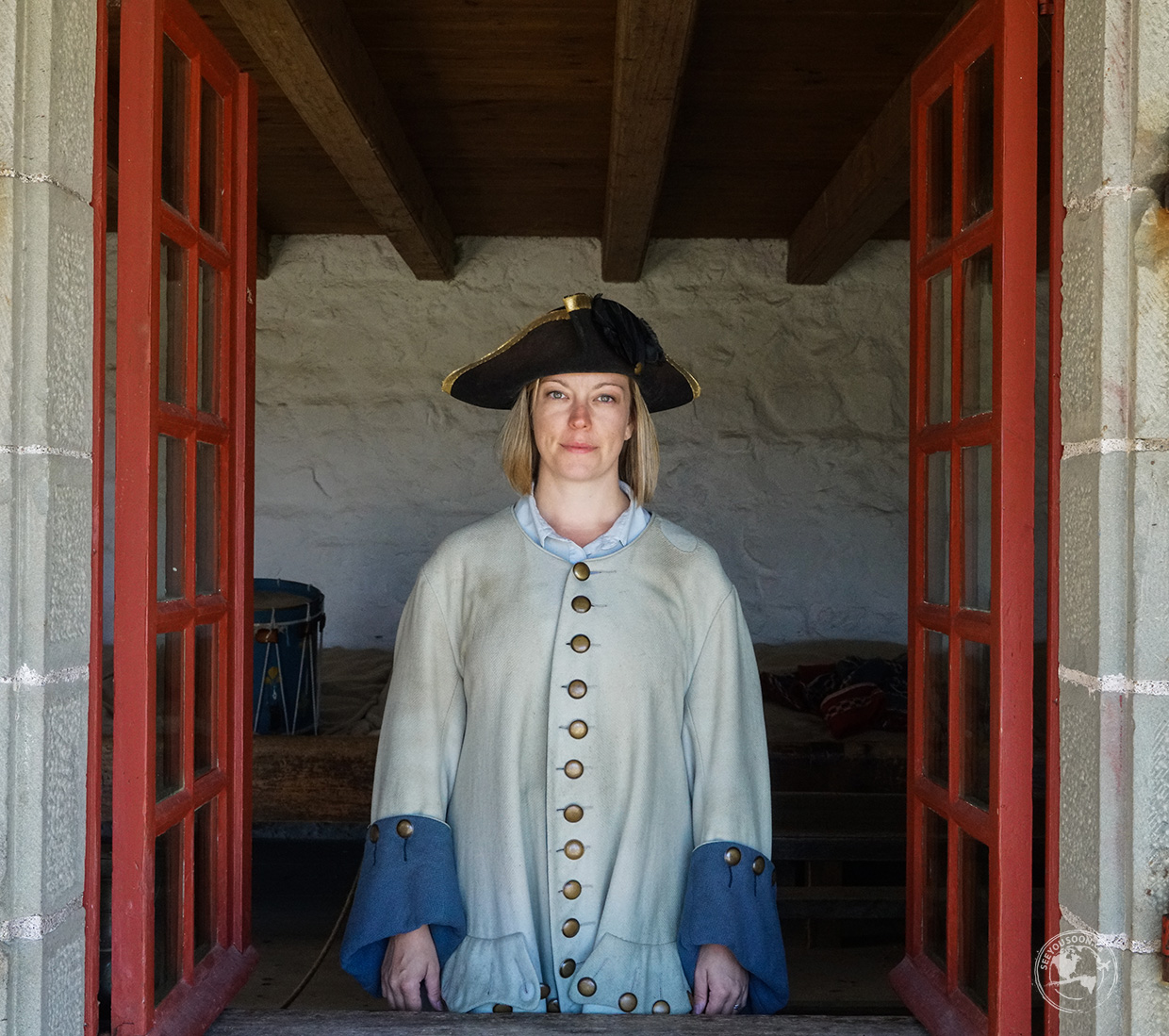 Eating at the Fortress of Louisbourg

There are two sit-down restaurants at the Fortress of Louisbourg. The Hôtel de la Marine is the ‘lower class restaurant’ while the Grandchamp House was considered the place for the upper class citizens of the fortress. Both restaurants offers full meals that would have typically been served in the 18th-century. If you just need a quick snack or a drink, you can grab either at L’Épée Royale Café. Also, make a point to pop into the King’s Bakery and taste what bread would have tasted like back in the 18th-century. Spoiler alert: it’s pretty much the same as what you get today. 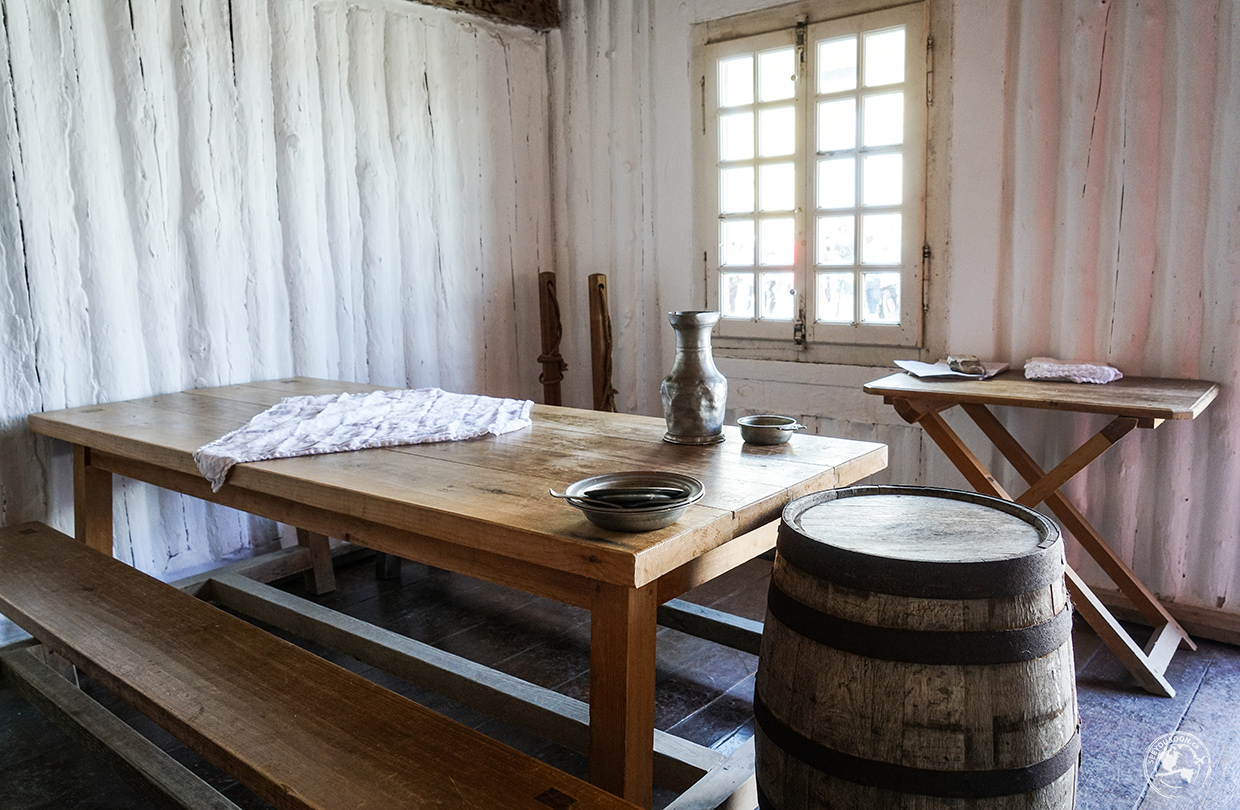 Staying Overnight at the Fortress of Louisbourg

The most unique aspect of your visit to the Louisbourg Fortress is that your time doesn’t have to end when the gates close at 5pm. You can actually stay overnight in the fortress. One option is sleeping in the Lartigue House. Located in the fortress, this period style house comes with two queen beds, a coffee pot, microwave, small fridge, lanterns, an outdoor fire pit (wood sold separately), and a roof overhead!

Another option is to sleep in an 18th-century style tent within the walls of the King’s Bastion. Everything is provided for, including sleeping pads and cooking supplies. All you need to bring is a sleeping bag, pillow, and any food you want to eat. 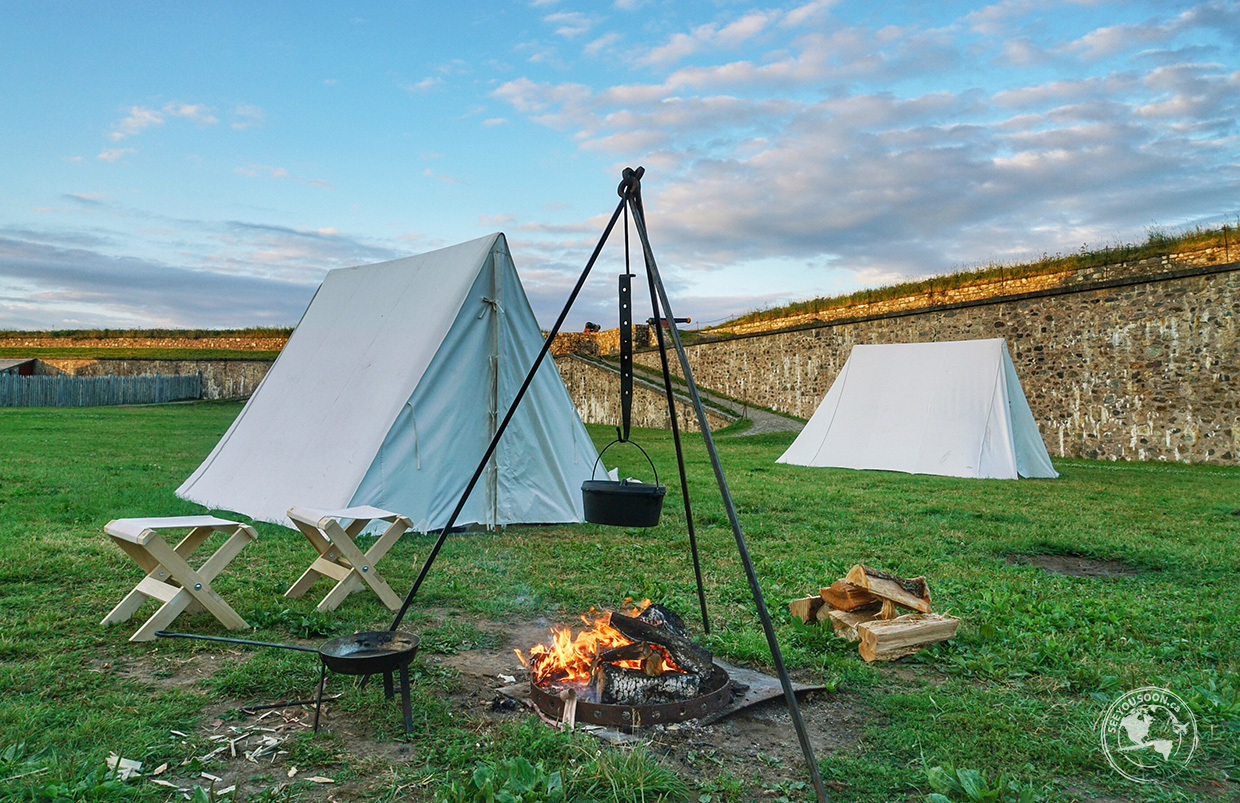 We opted to stay in the tent and believe it or not, we had the ENTIRE fortress to ourselves! No staff, no security guards roam the grounds. It was JUST US! It was an incredible experience and we couldn’t believe we could wander freely through the fortress after the gates had closed. I’ll admit that it was a bit creepy wandering around with just a lantern lighting the way, but night’s sky was unbelievable. The one downside of sleeping in the King’s Bastion is that the clock tower rings every hour, on the hour. So pack earplugs if you’re a light sleeper like me.

If you don’t stay overnight, plan a full day to fully explore the fortress.

Have you been to the Fortress of Louisbourg? If so, what did you enjoy most about your visit? 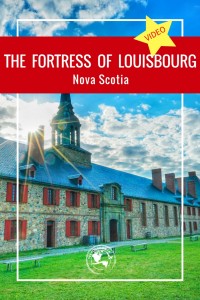 Outdoor rinks to get you enjoying the outdoors! Do

Is it me or are winter sunsets just that much more

Haven’t ventured out much this month, baby dutie