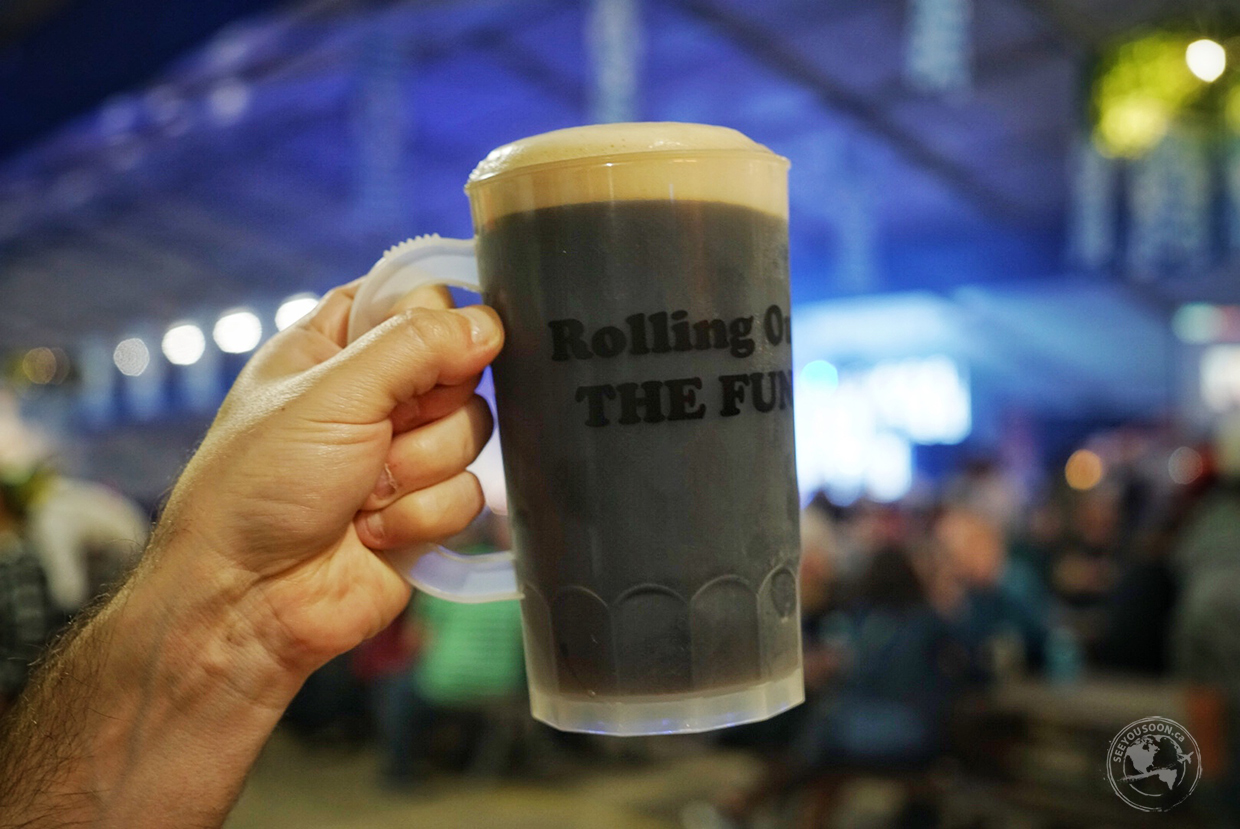 Break out your dirndl or lederhosen, it’s time to celebrate Oktoberfest!

I’ve always wanted to celebrate Oktoberfest. Images of savoury sausages grilling over a fire, women impressively carrying a handful of litre-steins to thirsty festival goers, and of course, the lively oompah-pah bands entertaining the crowds have made me want to experience Oktoberfest for myself for years!

Oktoberfest originated in Munich, Germany back in the early 1800s to celebrate a royal wedding. Since then, it’s grown to become the largest beer and folk festival in the world, and today it’s celebrated all over the globe.

Now, if you can’t make the trip out to Germany, the next best place to celebrate Oktoberfest is in Kitchener-Waterloo, Ontario. It’s about an hours’ drive west of Toronto and is home to the largest Oktoberfest found outside of Germany. Over 700,000 people attended last year’s festivities, and it continues to grow with each year.

Oktoberfest began in Kitchener-Waterloo in 1969 to pay tribute to German heritage found throughout the region. Fun fact: Kitchener was originally called Berlin up until the first World War because it was a huge hub for German immigration in the mid 1800s. This year there are over 40 family and cultural events and many festhallens (or halls) set up to take in the festivities. Festivities usually include amusement rides, games, parades, live music and of course, traditional German food and beer to wash it all down.

Festhallens are buildings and/or tents where the main Oktoberfest activities and festivities can be found. Here you’ll find traditional entertainment, food and drinks. There are a number of festhallens to choose from to celebrate Oktoberfest, so I headed to Bingemans Kool Haus to see what the celebrations were all about.

The doors opened at 7pm and the place immediately started to fill up. The tent itself was huge, the size of a football field it seemed, big enough to hold almost 4,500 people! Picnic tables took up the entire centre section, a stage was set up halfway down the length of the tent, a VIP area with plushy seating was set up opposite to the stage, and drink stations were scattered throughout the venue, including a huge bar area at the far end of the tent.

Speaking of beer, Bingemans Kool Haus had a lot to choose from. Direct from Munich were Hacker and Paulaner beers on tap, along with tall cans of Waterloo Brewing, Innocent Brewing Company, and KW Craft Cider.

No Oktoberfest would be complete without traditional Germany food, so we dove right into the food selection. I went for the Oktoberfest sausage, potato salad, and a dill pickle on the side. Tristan opted for a plate of loaded perogies. The food was tasty and hit the spot perfectly.

Bingemans Kool Haus has also attracted some very accomplished and entertaining musical acts, including The Sam Roberts Band this year! There were two bands that took to the stage the night we attended – The Lulu’s Band, a well-known band throughout Southern Ontario, and Juno Award winner Paul James Band who was tearing up the stage. He was so incredible, playing the guitar behind his head and even using the mic stand and a beer bottle as a guitar slider.

Before we knew it, the place was popping! All the picnic benches were filled up and people were cramming onto the dance floor. Festival goers were clad in dirndls and lederhosens, partying with groups of their friends.

Our first Oktoberfest experience was a success and I can’t wait to celebrate again next year!

Disclaimer: our visit was sponsored by Attractions Ontario. All views and opinions remain our own.

Add this to your next visit to Niagara Falls! The

Make sure to add Yarmouth to your Nova Scotia Itin

8 things to do in the Exumas, Bahamas! 😎 Which

Geodomes are all the rage these days but would you

How many of these things have you done in Atlantic

One for the books! Getting to fly in a historic Ha

Hands up if you’re planning road trips this summ