It’s the final week of my Winter Video Series in Ontario’s Highlands and what an amazing ride it’s been already. From skiing at Calabogie Peaks, to ice climbing in the Haliburton Highlands, to trying snowmobiling for the first time, I’ve had an incredible time exploring the region! And would you believe it… I think I’ve fallen in love with winter. It’s no longer a bad word in my books!

To wrap up the series, Solmaz and I decided to slow things down with snowshoeing. We traveled to the Ottawa Valley South area of Ontario’s Highlands near Perth and stopped in at Wheelers Pancake House and Sugar Camp. Not only were we going to take things easier today, we were going to get our fill of maple syrup.

Started in 1978, Wheelers Pancake House and Sugar Camp is one of the largest producers of maple syrup in Ontario. It’s a family run business with Vernon and Judy Wheeler at the helm, supported by their 4 children and their spouses. The property boasts 20,000 tapped maple trees spread over an area of 730 acres.

We were met by their daughter, Angela, who showed us the evolution of maple sap collection and explained how maple syrup is made. Gone are the days of collecting maple syrup in a bucket. Instead, thin plastic tubing runs between the trees in a spider web-like pattern. 400km of pipeline is used to transport all the maple sap on the property to the Sugar Camp where it is then boiled into pure maple syrup. It takes 40L of maple sap to make 1L of maple syrup and the colouring depends on the time of season it’s collected – lightest at the start and darkest at the end of sap collecting season. Wheelers Maple Syrup is certified organic and is harvested in a sustainable way.

The property also has over 17km of trails that wind their way through the sugar bush. For only $5 you can rent a pair of traditional style snowshoes but the trails are so well maintained and are fairly flat that you could easily navigate them with just your winter boats. Solmaz and I were still in the ‘adventure’ mindset, so we opted for the snowshoes and hit the trails. 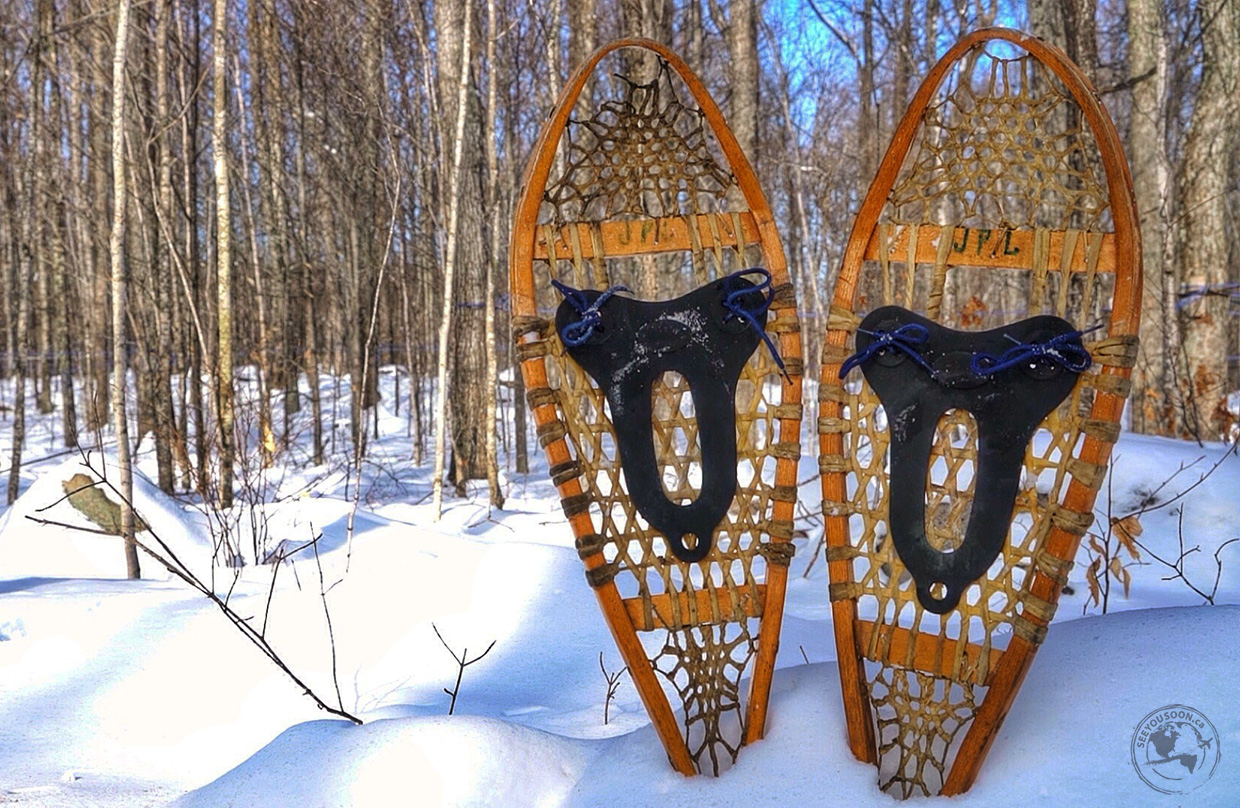 Tall, thin sugar maple trees fanned out in front of us, like little match-stick soldiers lined up in a row. The light-blue coloured pipeline could we seen strung from tree to tree, getting ready for another year of maple sap collection. We walked the Woksis Run Trail, a 3.5km trail that circled the property. We first passed through a mature section of the sugar bush where we came across a 200 year-old sugar maple tree, and continued along past frozen swampy areas and sheltered areas where deer like to make their beds at night. Sadly, no deer were to be seen but plenty of tracks dotted the snow. 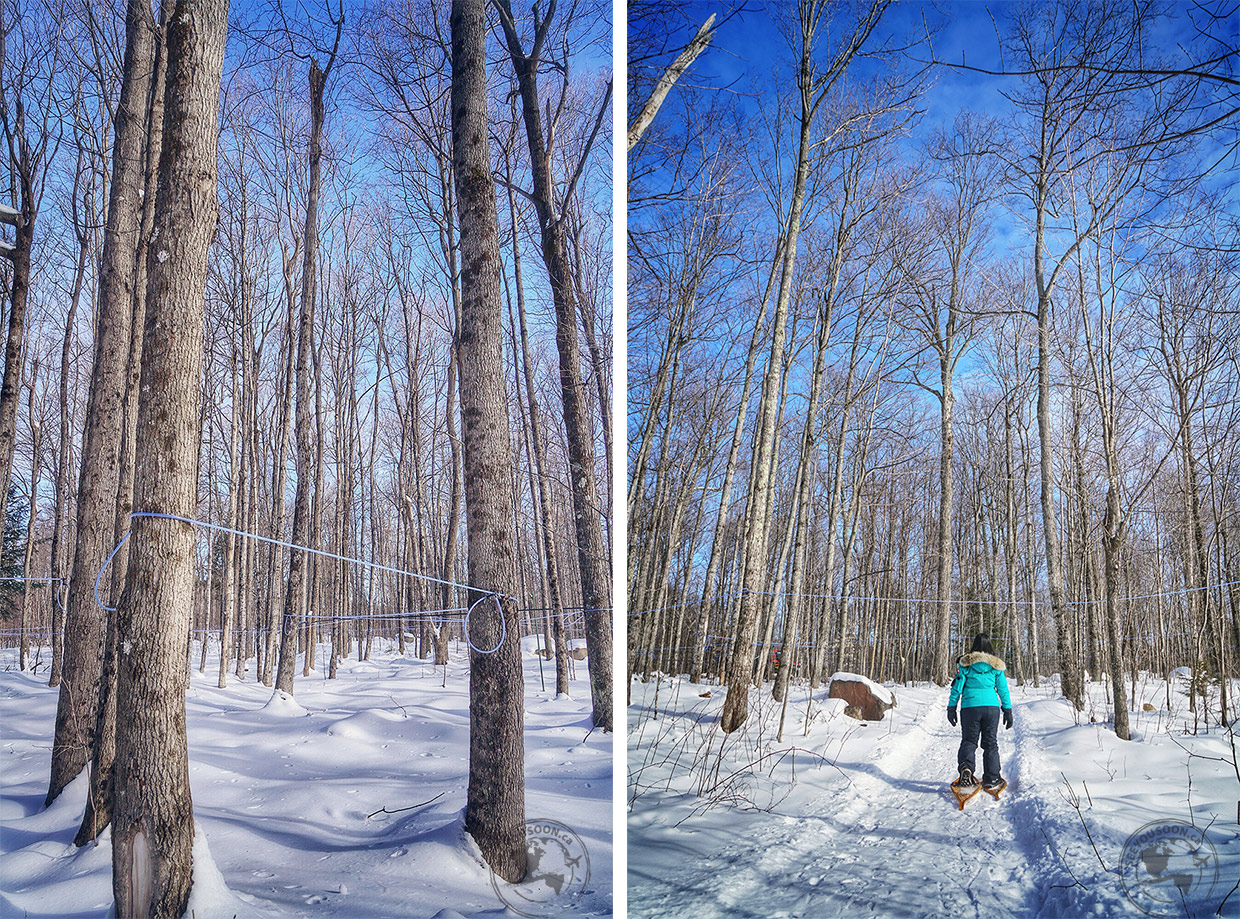 All that exploring worked up an appetite, so we popped back into the Sugar Camp to warm up and sample some of the maple syrup produced onsite. And the best way to enjoy maple syrup is with a plate of homemade pancakes.

Wheelers Pancake House and Sugar Camp is open all year long from 9am-3pm and only closes on Christmas Day. Visitors can come and enjoy a full day exploring the grounds, learning about maple syrup production, and enjoying a delicious plate of homemade pancakes. The busiest time of year is in March when they’re in full maple-sap collection mode but there’s a lot of fun to be had all year long. It’s a perfect spot for the whole family and those with a sweet tooth.

Seems another lockdown is imminent, so I’m just

Anyone who has ever said seasonal affective disord