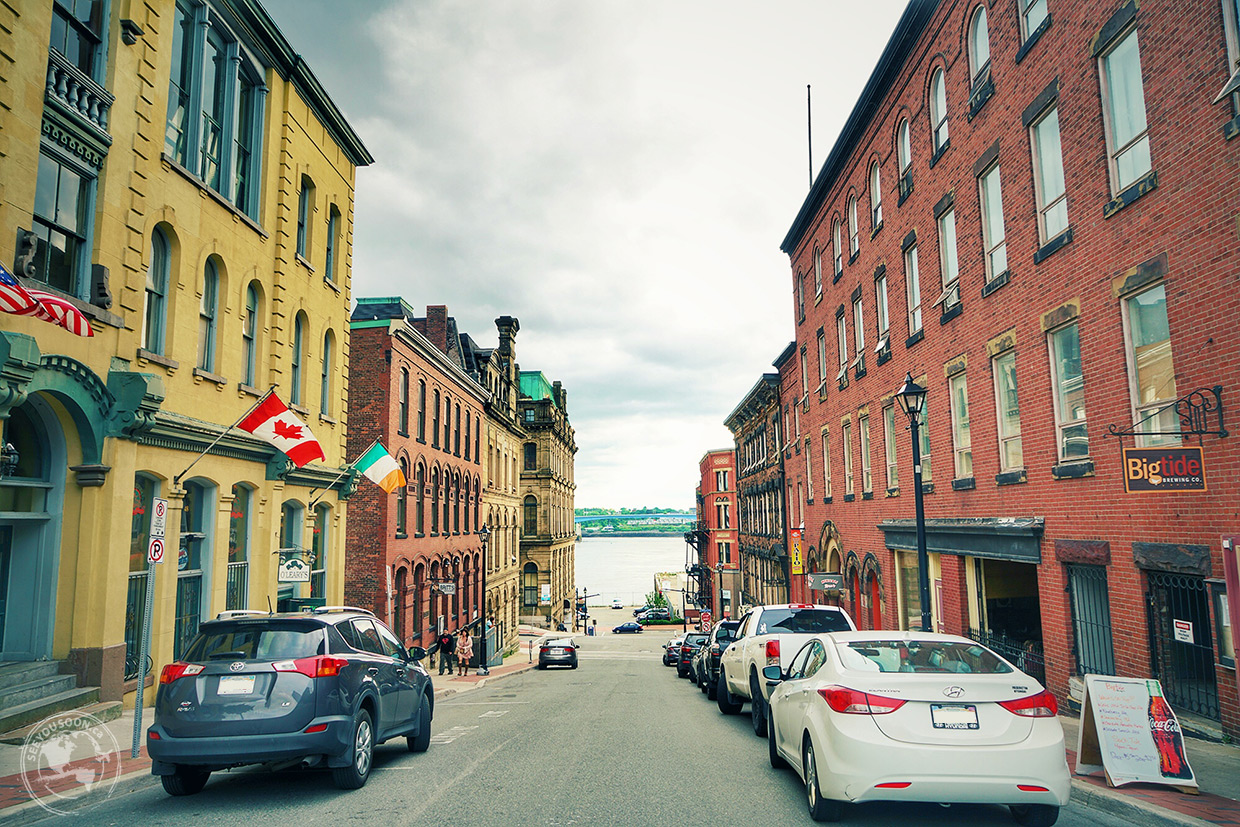 Saint John, New Brunswick was a complete surprise for me. I went in thinking I was going to be exploring a gritty, industrial city on the shores of the Bay of Fundy. What I found, however, was a vibrant urban centre, oozing with charm and clearly experiencing a kind of renaissance.

I wasn’t wrong to think of Saint John as an industrial town. As Canada’s first incorporated city in 1785, Saint John has had a long history of shipbuilding, having one of the largest dry docks in the world during its peak production years. But since 2002, when shipbuilding was no longer the main economic driving force of the city, Saint John started reinventing itself. And it turns out, there are lots of things to do in Saint John.

Today, the city has a large research and information technology industry, a thriving arts and culture scene, a popular beer scene thanks in part to the production of Moosehead Brewery (Canada’s largest independently owned brewery) and a bustling harbour. As the only city located on the Bay of Fundy, it’s a docking point for many cruise ships including the likes of Royal Caribbean Cruise Lines, Norwegian Cruise Lines, and Carnaval Cruise Lines.

The majority of my visit to the city focused on uptown Saint John (note – there is no ‘downtown’ part of the city). This easily walkable part of the city took me past historic buildings, craft breweries, markets, green spaces, and public art installations. To give you an idea of what’s in store for you here, below are some of the things to do in Saint John. 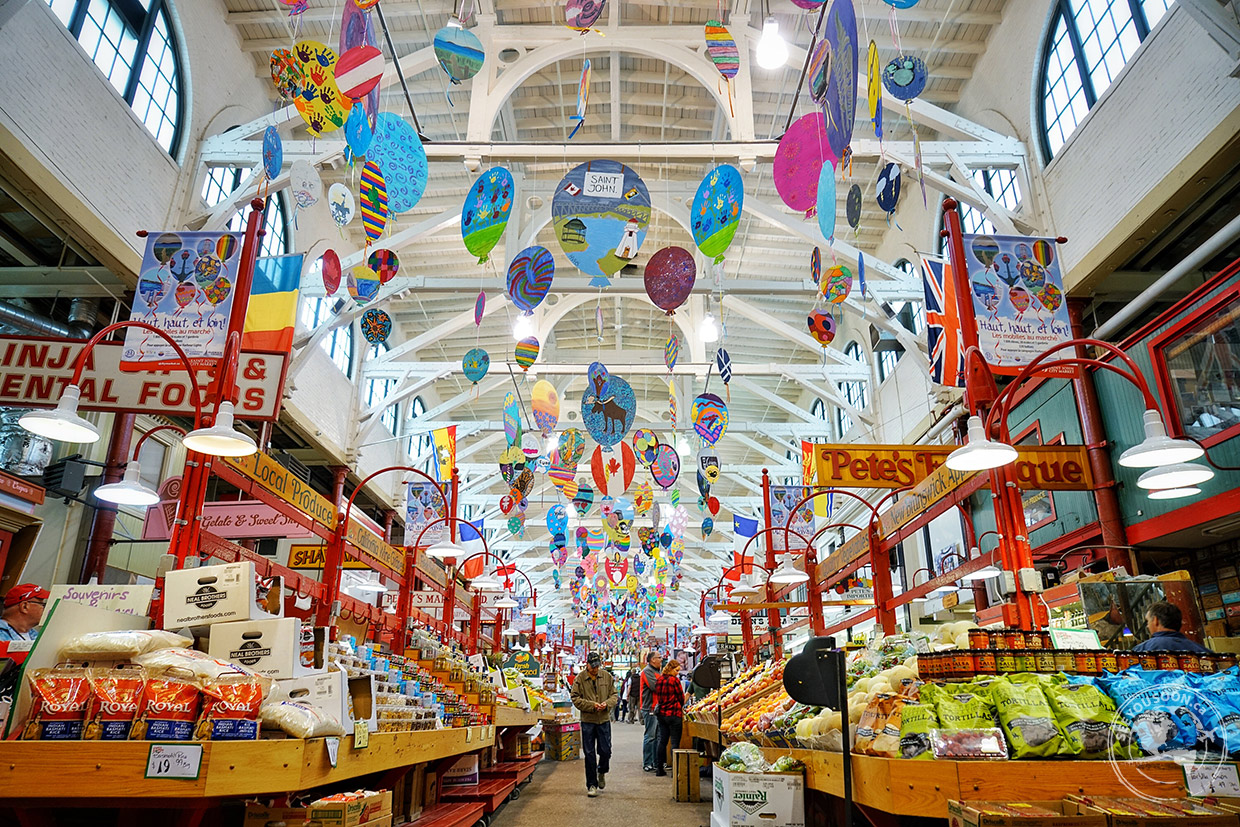 The Saint John City Market is the oldest continuing farmer’s market in Canada. Located in the heart of Uptown, in a building resembling the hull of a ship (a nod to the city’s shipbuilding past), dozens of vendors and merchants set up shop every morning selling all kinds of things from produce to fresh fish, handmade crafts to clothing. It’s a great spot to grab a bite to eat, particularly at lunch where local workers pop in to grab something to keep them going for the rest of the day.

Eat Your Way Through the City

I was surprised to discover that Saint John has quite the food scene, and attracting some big names in the culinary world in the process. If you’re a foodie and love eating your way through a city, Saint John will not disappoint. There’s a diverse array of choices including Indian, Thai, and of course restaurants specializing in seafood. We grabbed lunch at Urban Deli, a fantastic day-time spot for amazing sandwiches (I recommend the curry turkey salad wrap!) that converts into an Italian restaurant at night. We received so many recommendations for Saint John Ale House and had to see what all the fuss was about. Sitting at a table overlooking the harbour for dinner, we thoroughly enjoyed a meal of bacon-wrapped scallops, caesar salad, and buttermilk chicken strips (highly recommended!).

While we’re on the topic of food, how about a good craft beer to wash all that great food down? As mentioned already, Saint John Ale House also serves up a large selection of local craft beer. Pop in on a Thursday night to take advantage of their $5.95 special on a flight of beer and sample as many as you like! Another good spot to check out is Big Tide Brewing Co, Saint John’s only brewpub. Alongside an impressive food menu, they’re pouring pilsners, IPAs, stouts, red ales, and my favourite, a blueberry ale served with blueberries floating right in the glass! Newly opened in 2016 is Picaroon’s General Store, the sister location to their flagship brewery in Fredericton, New Brunswick. Located on the ground floor of a converted industrial building, you can enjoy one of their traditional British-style ales in their rustic-chic inspired tasting room or get a growler filled and take it to go.

Covering an area of 20 square blocks, the Trinity Royal Heritage Preservation Area is located in Saint John’s uptown. It’s comprised of buildings of national historic and architectural significance dating back to the late 19th century. These buildings have been beautifully preserved and display intricate detailing and architectural styles. Once home to industrial businesses and craftsmen, these buildings have since been re-purposed and are now filled with offices, retail space, galleries, craft breweries, and restaurants. The Trinity Royal Heritage Preservation Area is charming and welcoming, and in my opinion, is the crown jewel of Saint John. 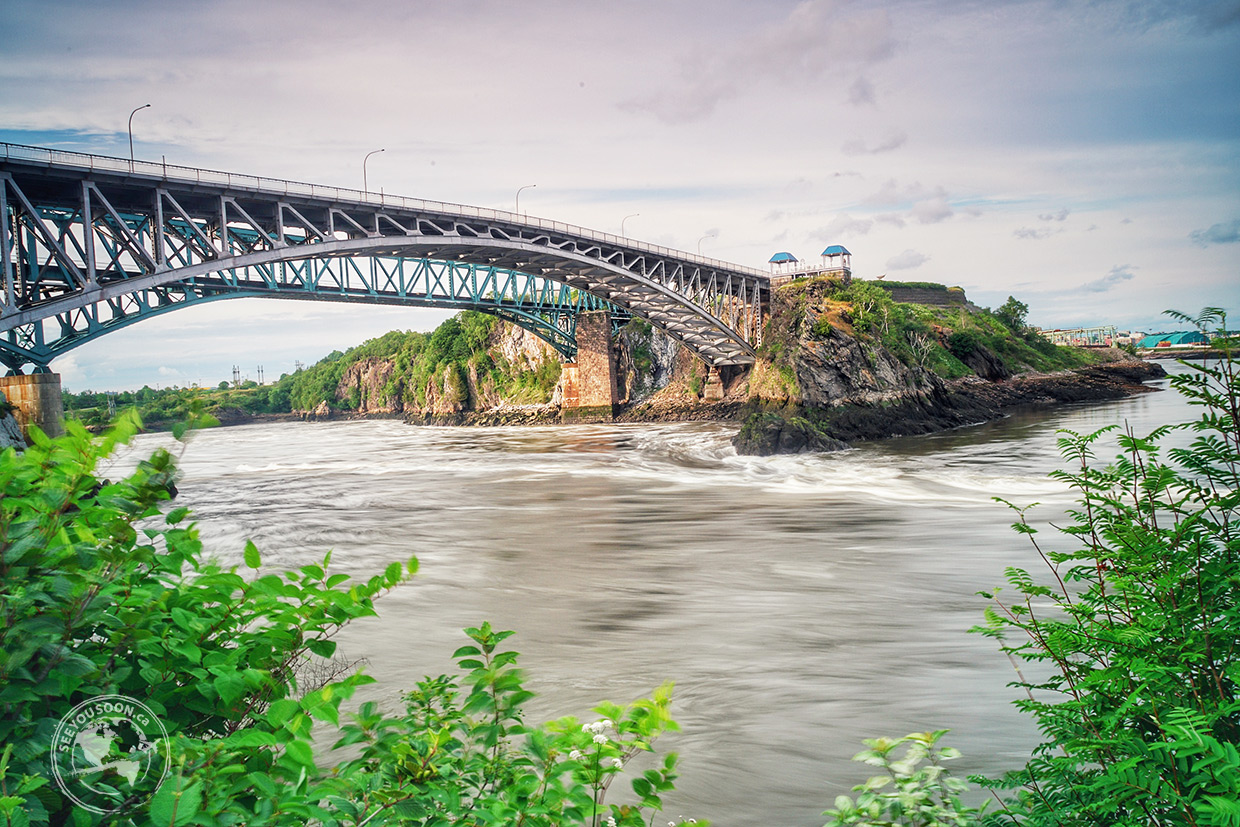 Just outside of uptown Saint John, about a 10 minute drive from the city centre, is the Reversing Falls. Located where the St. John River spills out into the Bay of Fundy, these falls get their name from a phenomenon that makes it appear as though the river is flowing in reverse. During low tide, the river empties into the Bay of Fundy, resulting in a series of rapids and whirlpools. As the tide rises, the bay fills up, reversing the flow of the water. If you’re looking for something novel and unique, this is it. Even if you’re not there during the ‘phenomenon’ it’s still a beautiful spot to grab a few photos and enjoy the scenery. And best of all, it’s free to see!

Missed any of your favourite things to do in Saint John? Leave them in the comments below! 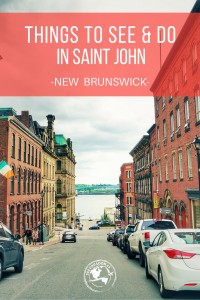 My last international trip was 2 years ago to cove

Living that best glamping life! How’s this for a

Toronto is getting her holiday makeover and I’m

4 thoughts on “Things To Do in Saint John – New Brunswick”