I have a couple of friends who are really into snowmobiling – like full on into the sport. To them, there are only two seasons; snowmobiling and non-snowmobiling season. While some of us dread winter arriving too early or staying too long, they hope for the longest winter season possible. I’ve often wondered what the appeal is. To me it just seems like you’re whizzing around on a really noisy machine. Where’s the skill? Where’s the challenge? And how can that really be fun? Well, I finally got the chance to try snowmobiling and to give away the ending right away, I was hooked after only 2 hours. 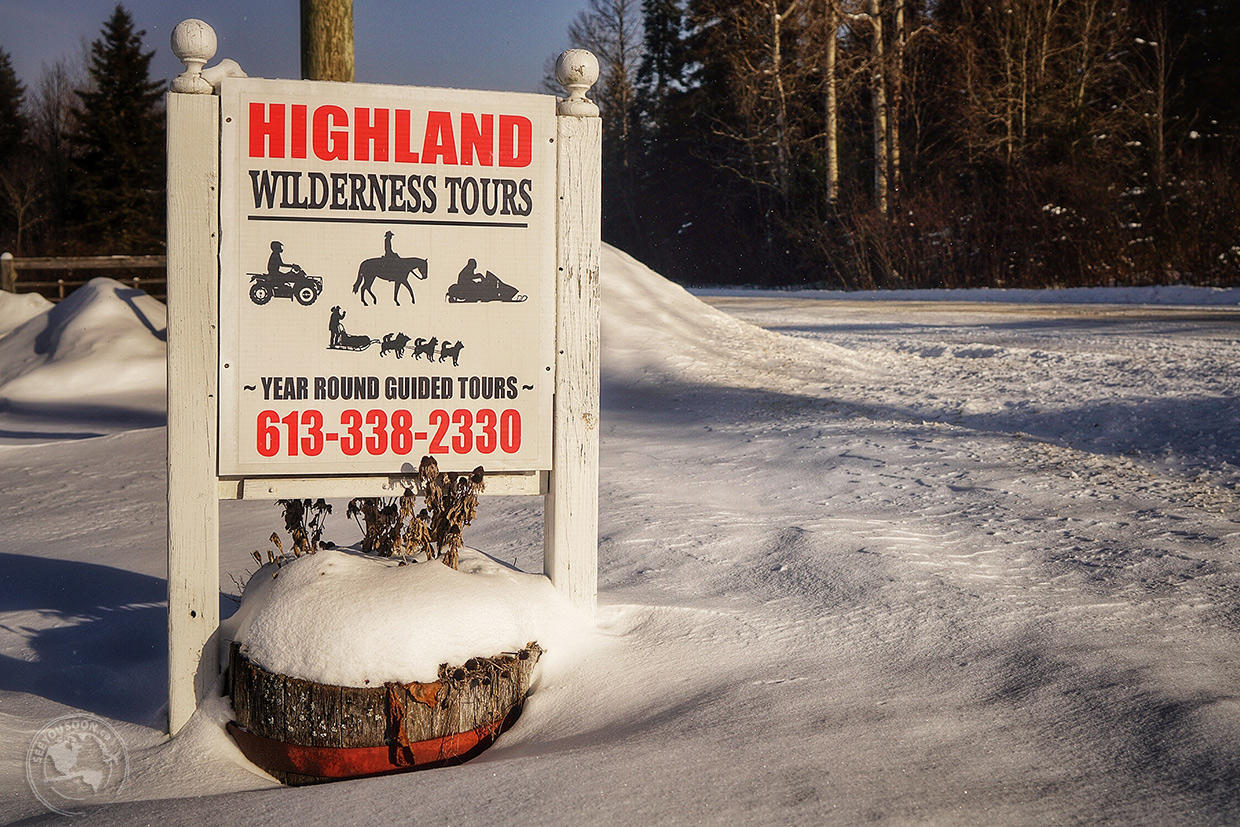 When we arrived, we were greeted by Penny and then directed to one of the cabins on site to get prepped for the day. Layered up and with helmets on, Matt led us over to the snowmobiles and took us through a quick demonstration on how they operated. A couple years ago I tried ATV riding and the concept was similar. To increase the speed I could press down on the throttle located beside my right thumb. And to slow down I could use the handlebar breaks. I was pleasantly surprised to learn that the handlebars were heated! Something I was happy we’d have on a -20 degree weather day. Matt also showed us hand signals we’d need to know and be able to pass along to the rider behind us.

With the explanations out of the way, it was time to hit the trails! 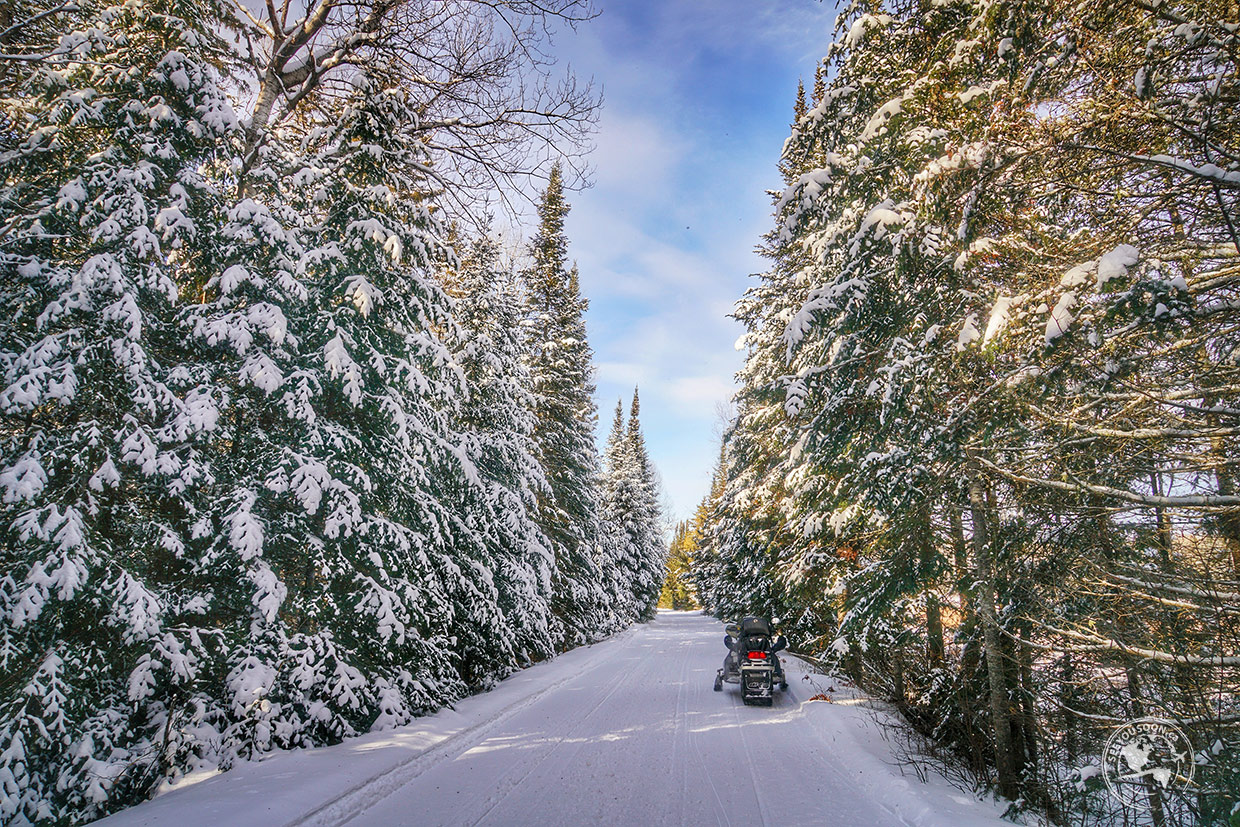 At first I was rather anxious about operating the snowmobile on my own but it actually turned out to be quite simple. I was worried that it would take some time to get a feel for the throttle but it wasn’t very sensitive so I didn’t have to worry about suddenly gunning it and bolting forward into a tree (seriously, it was a concern of mine). Conversely, as soon as I released the throttle completely, the snowmobile naturally slowed down without me having to touch the breaks. Within about 10 minutes I was feeling comfortable and looking forward to enjoying the ride. 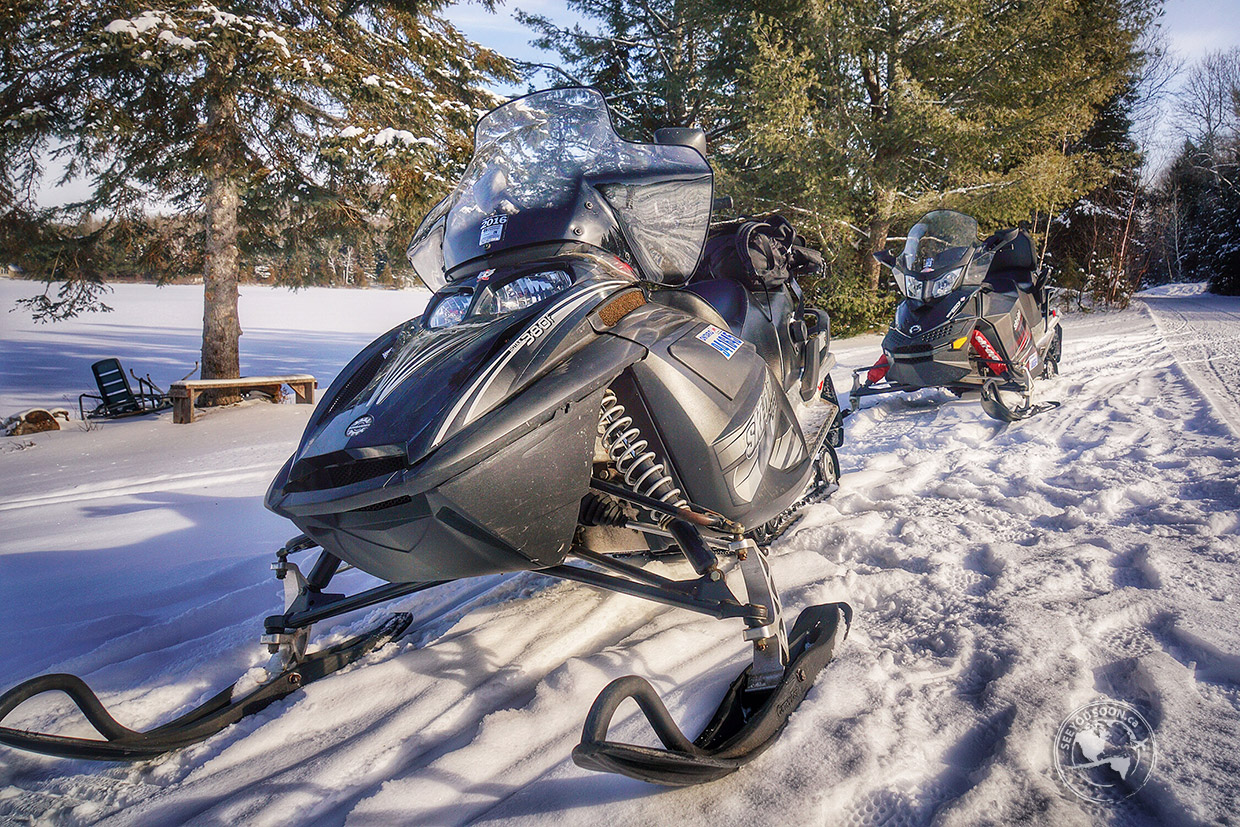 Matt led us through part of District 6 of the Ontario Federation of Snowmobile Clubs trails. This area offers over 2,000km of trails that wind through farmlands and mixed forests that can be enjoyed from mid-December to late March, depending on the weather. We zipped through narrow trails with towering trees lining the sides and past frozen lakes and rivers. I could already see what the allure of snowmobiling was. A chance to dive deep into nature, to go places you usually can’t go (like across frozen lakes or along river streams).

The feeling I felt was akin to that first solo ride after you learn how to ride a bike. You suddenly realize you have more freedom than you once did and now you can go anywhere. 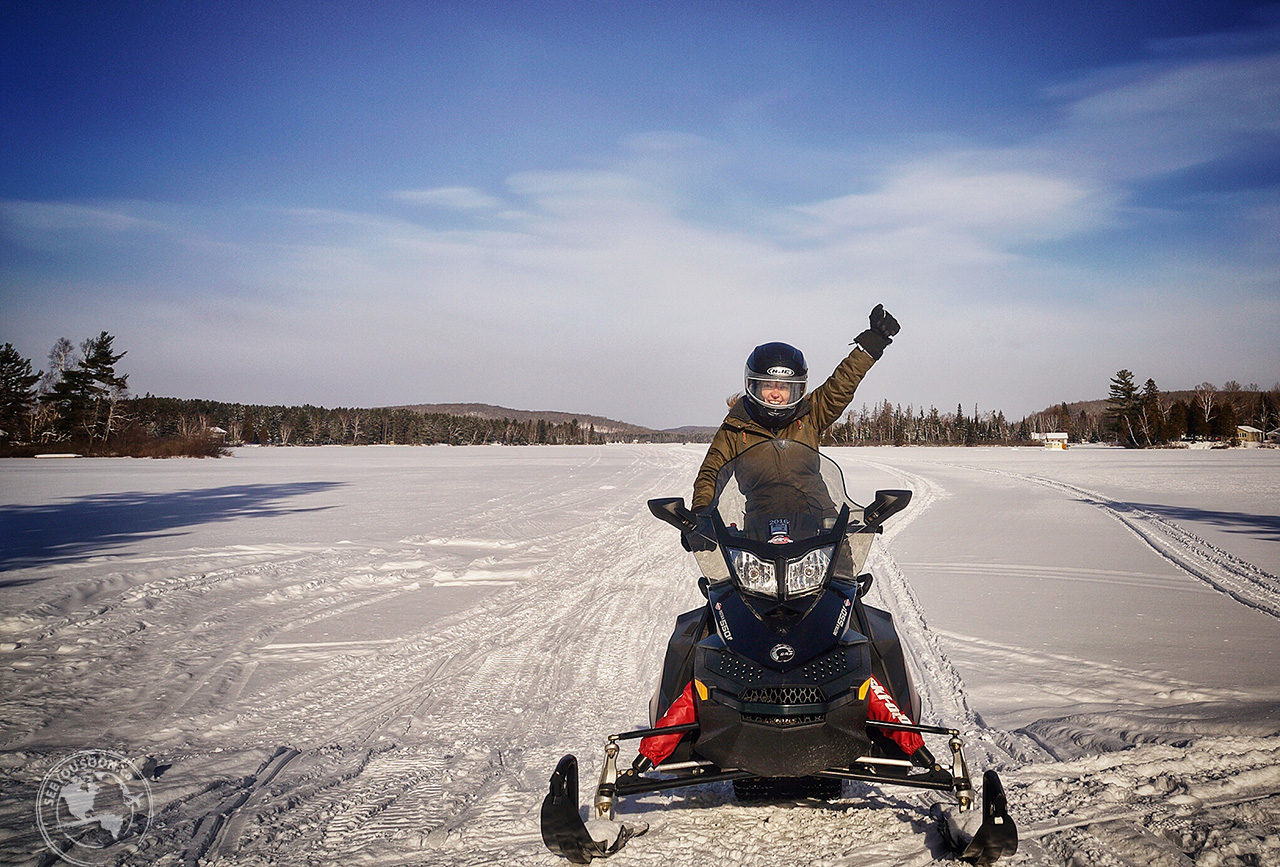 We covered 40km much faster than I thought we would. I wanted to do more! I enjoyed the thrill and rush of the day, the chance to go deep into the forests, and I didn’t want it to end. I finally understood what my snowmobiling friends were going on about all these years.

Have you tried snowmobiling before? What did you think? Would you do it again? Leave your comments below!

For More Information: Highland Wilderness Tours is located about 3 hours from Toronto or Ottawa and run guided and private snowmobiling tours. They have all the gear and equipment you’ll need, including boots, suits, and helmets so you don’t have to bring anything special. They know all the trails in the area and can customize a tour for you. Get in contact with Matt or Penny and they’ll set you up for an exciting and memorable snowmobiling experience!

The winter fun continues again next week! In Part IV of my Winter Video Series in Ontario’s Highlands, we’re slowing things down for the final video.

Add this to your next visit to Niagara Falls! The

Make sure to add Yarmouth to your Nova Scotia Itin

8 things to do in the Exumas, Bahamas! 😎 Which

Geodomes are all the rage these days but would you

How many of these things have you done in Atlantic

One for the books! Getting to fly in a historic Ha

Hands up if you’re planning road trips this summ